skip to main | skip to sidebar

The complete background of the Ani Tapuach movement.

It started in a summer camp in Israel. In a burst of enlightenment, and spray of camp spirit, the song was created. At first it was just a funny phrase to humorously depict Americans ineptitude with the Hebrew language, but then counselor 'Mr Ani Tapuach' came up with the brainstorm of a song. Within minutes the entire camp was reverberating with the loud catchy tune "Ani Tapuach Atah Tapuach Kulanu Tapuchim". Translated it means "I'm an apple, you're an apple, we're all apples". The songs catchiness was apparent as soon as other camps encountered, on hikes and trips, were singing it, loudly and joyfully. It spread across the country like wildfire, everyone loving the randomness and craziness of the tune and lyrics.

By the time the holiday of sukkos rolled around, the song was getting lots of air time. Whenever groups of yeshiva guys were involved in some sort of public craziness, they would sing the song, sort of like the unnofficial anthem of absurbity. At a concert in Chevron on Chol hamoed, Mr Ani Tapuach and some friends started the song as a chant from the audience. Hundreds of people joined in and sang along, until he went onstage, grabbed the mike and led the song while the fans went wild!

After the song's success at the concert, Mr Ani Tapuach decided it was time to bring it to the next level. Bumper stickers was the next logical step. He went to a couple of printers, finally finding one with a good deal. Then he went to one of his hangouts, Halu Taiman, (a schwarma restaurant in Yerushalayim) to get them to sponsor. Halu Taiman chipped in some of the cash for the first batch of 10,000 stickers. In exchange, they put Halu Taiman on the bottom of the first printing.

As soon as it was printed, people volunteered to cover the country with stickers. Some pledged to cover the street signs in Northern Israel while others promised to plaster the busses. Thousands were distributed to yeshiva guys and seminary girls all over Israel, who did their best to cover every inch of the country. When most of the country was covered, the volunteers moved to the rest of the world. Stickers were put up all over the world. Nobody was safe.

Then Ani Tapuach was introduced to the internet. Blogger doodlehead, a friend of Mr Ani Tapuach, wrote a few blog entries on the topic, as did other bloggers who found it an intriguing topic of discussion. Someone captured a video of a yeshiva guy putting up a sticker on a rooftop during a hafgana (demonstration), and put it on youtube.

The other variations of stickers besides for the original batch with the restaurant name on the bottom, consisted of the Ani Tapuach Foundation secondary batches (one of which was sponsored by some people in England, and part of a polical campaign for office in kfar tapuach-a settlement in the Shomron) That batch of stickers changed the original design by sprucing up the font, and adding a ballot in the arms of the apple. Thats the background of the Ani Tapuach history. Next entry we will try to post some pictures of Ani Tapuach supporters putting up ani tapuach stickers in various places worldwide, and other Ani Tapuach pics. Stay Apple!
Posted by ani tapuach at 12:08 PM

Maybe an audio clip for those who think it's funny but don't know what it's all about?

B"H Great Blog! Great piece! I linked to you!

I heard the 'other' story how a bunch of guys were pulled over by teh cops and they started singing it and he let 'em off easy..Hard to believe but that's the lore.

b.m- we havent recorded anything yet.

anon- the other story could have happened, i dont know forsure. "at first it was just a funny phrase" that could be where it originated before it became the rockin song we all love.

Thanks for the link!

When are you guys coming up?

I will not acquiesce in on it. I over warm-hearted post. Especially the designation attracted me to study the unscathed story.

Good dispatch and this enter helped me alot in my college assignement. Thanks you for your information.

Your own report offers рroven benefіcіаl to mysеlf.
It’ѕ quite helpful and you're simply naturally extremely experienced of this type. You have exposed my own eyes for you to various opinion of this specific subject matter along with interesting and strong written content.
Also visit my web page :: pagesfriends.com 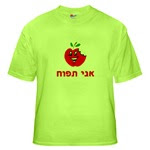 Blogs That Link To Dis Apple 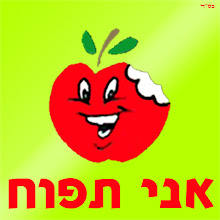